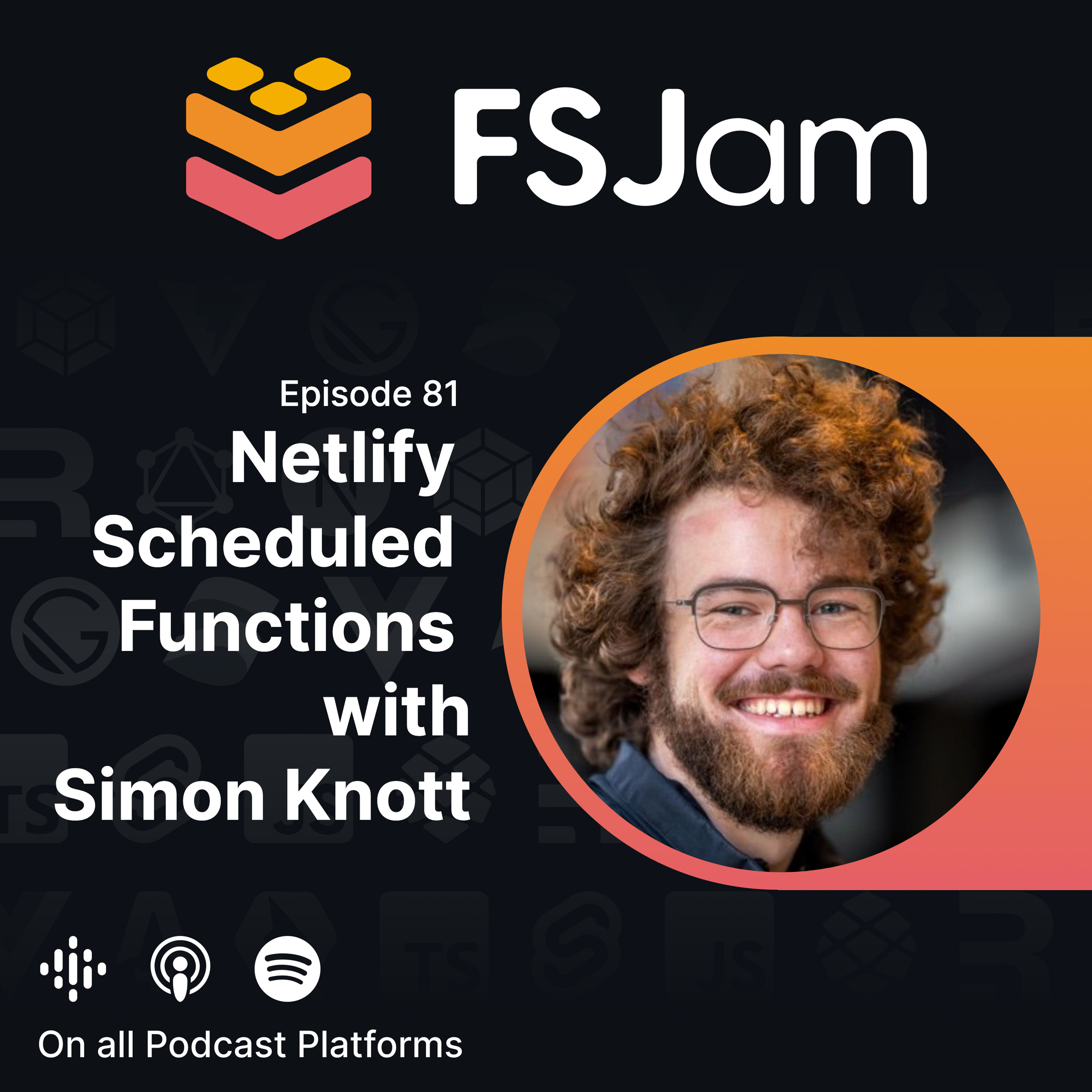 FSJam is a podcast for developers, designers and entrepreneurs about how to build products and tools for the modern web. Guests from around the web talk about technologies they use and build and how you can use them to build better full-stack applications.

In this episode we discuss the difficulties of running jobs on serverless, use cases for Netlify's Scheduled Functions, the future of Blitz.js, and the trade-offs inherent to remote work.

Editor's note: When I asked Simon about tRPC he gave his understanding of the history and motivation of the project at the time of this recording, which was almost six months ago. Despite not having been heavily involved with tRPC, his explanation was basically spot on.

There was, however, one exceptional point which I'd like to clarify for the record and our listeners. Simon said Alex Johansson, the lead maintainer and driving force behind tRPC, was inspired to create tRPC by his experience as an early maintainer for Blitz.js.

Simon prefaced this with the following:

"Why I find tRPC so interesting, it's basically a lot of the ideas behind Blitz's zero-API data layer taken out from Blitz and I think (I'm not super sure about this) but I think Alex (who's the maintainer of tRPC) got the idea from Blitz. He was a maintainer of Blitz in the first couple of months and I think he then took the idea and decided to build something outside of Blitz."

It's true Alex was an early contributor to Blitz.js and understood their philosophical alignment on a zero-API layer. The part that's missing however, is Alex didn't create tRPC. Colin McDonnell (creator of Zod and current head of DevRel at EdgeDB) created tRPC in July 2020. Originally called ZodRPC, Colin described it as "a toolkit for creating typesafe backends powered by Zod."

Zod uses a kind of schema to broadly refer to any data type which can be declared with static types in TypeScript. With ZodRPC, Colin hoped to build a new library to extend the functionality of Zod and offer an alternative to GraphQL. The key to the project's success would be retaining the simplicity of RPC calls without losing type safety.

"Most people use GraphQL as a massively over-engineered way to share the type signature of their API with your client. What if you could import that type signature directly into your client using plain ole import syntax? Well... you can."

The project began as an experiment and after writing the initial proof of concept, Colin handed the project off to Alex Johansson. Alex has been maintaining the project ever since. I think the widespread belief that Alex did create tRPC is actually a testament to how much work he's put into building up the project and community.

FSJam is a podcast for developers, designers and entrepreneurs about how to build products and tools for the modern web. Guests from around the web talk about technologies they use and build and how you can use them to build better full-stack applications.